FRISCO, TEXAS–(BUSINESS WIRE)–#Cowboys–After a two-year hiatus due to the pandemic, the Dallas Cowboys aimed for the fences in the Reliant Home Run Derby benefiting The Salvation Army with thousands of fans cheering them on at Riders Field in Frisco. The ninth annual charity competition resulted in Reliant donating $135,000 to 22 nonprofit organizations, the largest amount in the event’s history. 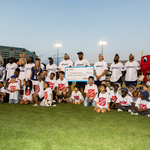 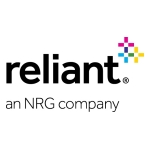 “The Cowboys’ show-stopping performance helped make the return of the Reliant Home Run Derby even more special, and it’s amazing to reflect on the program’s collective impact as it reaches more than $715,000 in nonprofit donations,” said Andrea Russell, vice president, Reliant. “Now in our ninth year, we are thrilled to continue this fun tradition and give back to nonprofits that positively impact our North Texas communities.”

The Reliant Home Run Derby, which was free and open to the public, gave fans a chance to see some of their favorite players swing for the fences, raising a total of $81,000 for The Salvation Army. Cowboys linebacker Leighton Vander Esch was named the 2022 Reliant Home Run Derby champion. The full Dallas Cowboys’ lineup included:

Nearly 50 local students involved with The Salvation Army attended and one deserving youth from the Gene and Jerry Jones Family Youth Education Town earned the opportunity to throw out the first pitch to a Cowboys player. Rowdy, the Cowboys’ mascot, was joined by Reliant’s mascot Hugo to create a lively atmosphere. The national anthem was performed by The Salvation Army Band, while the Dallas Cowboys Cheerleaders and The Salvation Army’s mascot, Captain Kettle, also joined the fun.

“A huge thanks to Reliant and Cowboys Nation for showing up in a big way this year, making the experience both rewarding and fun for our players to give back while interacting with fans,” said Charlotte Jones, executive vice president and chief brand officer, Dallas Cowboys. “Our players love a little friendly competition, especially for a good cause, and look forward to this event every year.”

A League of Their Own: Local Media Competes for a Good Cause

In addition to the Cowboys trying their hand on the diamond, Reliant also invited local media personalities to swap their mics for baseball bats in the sixth annual Reliant Home Run Derby Media League. The event raised nearly $44,000 for nonprofits of their choice. The lineup and their charities included:

Reliant supports local communities through volunteerism, charitable giving, and partnerships with a variety of organizations. In 2021, over $5.5 million was donated by Reliant to causes across Texas, with employees giving more than 4,000 volunteer hours to over 150 community programs.

About Reliant, an NRG Company

Reliant powers, protects and simplifies life by bringing electricity, security and related services to homes and businesses across Texas. Serving customers and the community is at the core of what we do, and the company is recognized nationally for outstanding customer experience. Reliant is part of NRG, a Fortune 500 company that creates value by generating electricity and providing energy solutions to nearly 6 million residential, small business and commercial customers across the U.S. and Canada. NRG’s competitive residential electricity business, which includes Reliant, is one of the largest in the country. For more information about Reliant, visit reliant.com and connect with Reliant on Facebook at facebook.com/reliantenergy and Twitter or Instagram @reliantenergy. PUCT Certificate #10007.

About the Gene and Jerry Jones Family Foundation

In the area of community service, the mission of the Dallas Cowboys and Jones Family Foundation is built upon the philosophy of helping those who don’t have the strength, resources, or means to help themselves, with a primary focus on a partnership with The Salvation Army. Because the Cowboys organization has enjoyed immense and unprecedented success, the Jones family feels a very strong obligation to take the visibility, energy, and celebrity of one of the world’s most powerful sports franchises and channel these dynamic forces toward the bigger purpose of making a difference. Recognized as one of the world’s most generous families, the Joneses enlist the talents, skills, and resources of all the Cowboys players, coaches, cheerleaders, and members of the organization to provide a unique and cutting-edge approach to community outreach. More information about the Dallas Cowboys and the Gene and Jerry Jones Family Foundation can be found at http://www.dallascowboys.com.