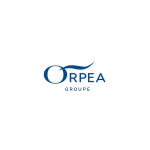 Following the appointment of Laurent Guillot as ORPEA’s (Paris:ORP) new Chief Executive Officer as of 1 July 2022, the ORPEA Group is announcing major changes in its Board of Directors that will be proposed at the next Annual General Meeting.

The Annual General Meeting will therefore be asked to appoint five new directors for a four-year term, four of which will be independent and whose varied skills will bring additional expertise to the Group.

The four new independent directors to be voted on by the shareholders on 28 July 2022 are:

Furthermore, as announced on 2 May 2022 on the occasion of his appointment, Laurent Guillot, ORPEA’s Chief Executive Officer, will also be proposed as a new director at the Annual General Meeting.

If elected, Guillaume Pepy will be proposed to chair the new Board of Directors.

The new Board of Directors will therefore be composed as follows:

The new Board of Directors will determine the new composition of its Committees.

Following its endeavor for full transparency, the first remedial measures established, and the reflections initiated on the transformations to be undertaken, this new governance affirms ORPEA’s desire for a transformation that will allow to best fulfil its mission and to meet the challenges of the healthcare and medical-social system.

The Board of Directors wishes to thank sincerely its Chairman, Philippe Charrier, who agreed to take over as Chief Executive Officer on a temporary basis at the epitome of the crisis experienced by ORPEA, in order to restore confidence and enable the company to continue its mission under the best possible conditions. From February to June 2022, the desire for transparency was furthered through the external audits carried out by the Grant Thornton and Alvarez & Marsal firms; the Group signed a refinancing plan securing its future; a new Chief Executive Officer—Laurent Guillot—was recruited; remediation measures were initiated; and a dialogue was originated with the Group’s stakeholders to set in motion a long-term reflection process, with the holding of the Etats Généraux du Grand Âge roundtable talks. The re-founding of the Group can thus begin on these new footings, thanks to the commitment and dedication of Philippe Charrier.

In addition, two new independent directors are expected to join the new Board of Directors when they are released from their current obligations. A press release will be issued in due course.

Recognized for his extensive leadership experience, Guillaume Pepy is currently Chairman of Initiative France, the leading network of associations for financing and supporting new entrepreneurs, and of LYDEC, a subsidiary of Suez, charged with managing water and electricity in the Greater Casablanca region in Morocco. Guillaume Pepy is also a Senior Advisor to Salesforce and the Boston Consulting Group. He is a director of Chemours Inc in the United States. Guillaume Pepy began his career at the French Council of State and then at the Ministries of Finance and of Labor, Employment and Social Affairs. In 1996, he was made Deputy Chief Executive Officer of the SOFRES Group. He was then appointed Director of Main Lines at the Société Nationale des Chemins de Fer Français (SNCF) in 1997. Following this, he went on to take up the position of Chief Operating Officer for Customers, Group Chief Operating Officer and then Chairman and Chief Operating Officer from 2008 to 2019. Guillaume Pepy is a member of the Board of Directors of the Shoah Memorial, Malandain Ballet Biarritz and the Heart and Research Foundation. He is a graduate of the Institut d’Etudes Politiques de Paris (Paris Political Studies Institute) and the Ecole Nationale d’Administration.

Particularly experienced in governance and leadership as well as finance and real estate, John Glen began his career at Unilever, before joining Air Liquide in 2000 as Group Finance Director and member of the Executive Committee. From 2008 to 2019, he was Chief Executive Officer of Buccleuch Estates Ltd, the holding company of a family group operating in the agricultural field of activity and industry sector in England and Scotland. In particular, he has helped to develop and market a portfolio of large energy projects in sustainable technologies. In addition, he became a director of The Borders Distillery Co. in 2016. From January 2020, he served as Group Chief Operating Officer of DC Thomson Publishing before being appointed Chairman of the Board of Directors of BIC SA until May 2022. John Glen is a Fellow of the Chartered Institute of Certified Accountants and holds a master’s degree in Accounting and Economics from the University of Edinburgh.

A specialist in the healthcare sector, David Hale has been Chief Executive Officer of Guerbet since December 2019, following several months with the group as Chief Commercial Officer and member of the Executive Committee in charge of sales, marketing, development and engineering of diagnostic imaging medical devices. David Hale has worked for Ascom and Boston Consulting Group, among others. He then joined GE Healthcare in France and the United States, where for 15 years he held several management positions in the areas of quality, sales, marketing and product management in the services and information systems sectors. David Hale graduated from the Georgia Institute of Technology (USA) with a degree in industrial and systems engineering and an MBA from the Institute of Management Development (Switzerland).