TELLURIDE, Colo.–(BUSINESS WIRE)–On the heels of Bobi Wine’s highly anticipated arrival at the Telluride Film Festival, National Geographic Documentary Films announced it has acquired worldwide rights to BOBI WINE: THE PEOPLE’S PRESIDENT (which premiered at Venice under the working title Bobi Wine: Ghetto President) from directors Moses Bwayo and Christopher Sharp. The Venice Film Festival sensation from two-time Oscar-winning producer John Battsek was hailed by Screen Daily as an “intimate portrait of a hugely engaging figure that also serves as a sobering warning about the seeming impossibility of democratic change in a dictatorship.” 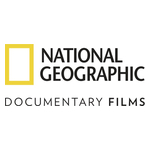 Born in the slums of Kampala, Wine, Ugandan opposition leader, former member of parliament, activist and national superstar musician, risks his life to fight the ruthless regime led by Yoweri Museveni. Museveni has been in power for 35 years and changed Uganda’s constitution to enable himself to run for yet another five-year term.

Running in the country’s 2021 presidential elections, Wine (whose real name is Robert Kyagulanyi Ssentamu) uses his music to denounce the dictatorial regime and support his life mission to defend the voiceless. In this fight, where he is joined by his wife Barbie, he must also take on the country’s police and military, who are not afraid to use violence and torture in an attempt to intimidate and silence him and his supporters.

National Geographic Documentary Films will rollout BOBI WINE: THE PEOPLE’S PRESIDENT at global festivals throughout the rest of the year and release it in theaters in 2023.

The film screens Sunday morning, Sept. 4, at 9 AM MT at the Nugget Theater in Telluride, and festival goers will be treated to a once-in-a-lifetime performance by Wine on Sunday night in the center of town.

The film’s working title comes from Wine himself, a term he has used to describe his unlikely rise to fame and the opportunity to make a difference for the people of Uganda, where he has now dedicated his life to be a champion for inclusive government and an advocate for all of Uganda’s people.

“My people, the Ugandan people, are familiar with my journey through music, politics, imprisonment and torture, but this film is a microcosm of my country’s larger struggles under an unrelenting dictatorship that has been operating with impunity for decades. I can’t wait for global audiences to see the reality of the situation and question their leaders’ support for this regime,” Wine said.

“Bobi and his wife Barbie are once-in-a-lifetime heroes who take great personal risk to dislodge and liberate a nation from a ruler who has been in power for 35 years,” said directors Bwayo and Sharp. “As documentary filmmakers, we are occasionally fortunate enough to be given the opportunity to relate events that can bring about transformation. We believe that this is one of those occasions.”

“At a time when people’s most basic human rights are being threatened around the world, including in the United States, Bobi Wine’s activism on behalf of all Ugandans is hugely inspiring, gripping and necessary. We are honored to help bring this beautiful and important film to the world.”

“There isn’t a better home for our film. My experiences with National Geographic Documentary Films have always been the very best. They match the passion and care that the filmmakers bring to making films in the way in which they market and release films. We really couldn’t be happier to have them as our partners on this film,” added producer Battsek.

National Geographic Documentary Films previously released the Academy Award, BAFTA and seven-time Emmy Award-winning film Free Solo and the Academy Award-nominated film The Cave. Most recently, in 2021 it released Becoming Cousteau, Fauci, The First Wave, The Rescue and Torn. Other critically acclaimed films under the banner include Ron Howard’s Rebuilding Paradise; Sundance Audience Award winners Science Fair and Sea of Shadows; Emmy winners LA 92 and Jane, both of which were included in the top 15 documentaries considered for an Academy Award in 2017; and Dupont Award winner Hell on Earth: The Fall of Syria and the Rise of ISIS.

Christopher Sharp is a first-time director returning to the industry after having worked as an editor on commercials and music videos in London. Both he and his father were born in Uganda and, having spent his early life there, he has a love for its people and their country. He has developed a keen sensibility for the nuances of Uganda’s culture and people. He first met Bobi and Barbie in 2017, having been a long-time devotee of Wine’s music. They became friends and he was moved not only by their extraordinarily personable characters but also by their genuine concern for the plight of the people of Uganda.

Moses Bwayo is a Ugandan journalist and filmmaker who grew up in Mbale in eastern Uganda. At 19 he moved to the Ugandan capital, Kampala, where he earned an undergraduate degree in journalism. He has worked in the sound department of the Disney film “Queen of Katwe,” directed by Oscar-nominee Mira Nair, as well as completing ADR for “A Fork A Spoon and A Knight” produced by MontBlanc. Moses has directed music and corporate videos and shot short and documentary films, including “Gamblers Like Me,” a BBC Africa Eye documentary, and “What Justice Looks Like for a Child Soldier Turned Rebel Warlord” for VICE News and fixed for ABC TV in Uganda. Moses Bwayo recently moved to Los Angeles.

Robert Kyagulanyi Ssentamu, famously known as Bobi Wine, is a musician turned politician who is the current leader of the National Unity Platform (NUP) and the People Power Movement. Wine was born in the Mpigi District in Uganda on 12th February 1982. He grew up in the Kamwokya slums in the northeast part of Kampala. His mother was a nurse and his father a veterinarian and farmer.

Wine is a singer, musician, actor, and activist. He has campaigned for hospital sanitization, malaria prevention, refugees’ rights, and children’s education. His songs are known as “peaceful protest” and “edutainment” (a mix between education and entertainment), focusing on the struggles of low-income earners in Uganda’s ghettos and calling upon young people to join politics and change their country’s destiny. He is married to Barbara Itungo Kyagulanyi, known as Barbie, with whom he has four children.

His characteristic enthusiasm for democratic discourse and the popularity he had earned from his prior artistic and philanthropic endeavors successfully endured his transition to politics. Bobi Wine continues to lead the NUP, the largest opposition political party in Uganda, and has become the main opposition leader to President Museveni’s rule.

A SOUTHERN FILMS AND VENTURELAND PRODUCTION IN ASSOCIATION WITH QUIET

Some of Ventureland’s recent work includes PGA, DGA and BAFTA-nominated “The Rescue,” double Emmy Award-winning “Rising Phoenix,” and the upcoming directorial debut from Mary McCartney “If These Walls Could Sing,” which premiered at Telluride.