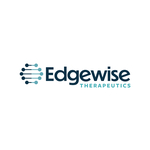 The twelve adults with BMD enrolled in the ARCH study were dose escalated to daily 15 mg oral doses of EDG-5506 at night after having initially received a 10 mg dose during the first 2 months of the study. Plasma PK at 4 months reached the target exposures observed in the Phase 1b study where BMD participants were dosed with 20 mg EDG-5506 once-daily for two weeks. EDG-5506 was well-tolerated in all participants with no discontinuations or dose reductions. The most common adverse events observed to date were dizziness, drowsiness, and headache. All eligible patients have subsequently been dose escalated to 20 mg daily as per protocol.

After 4 months of EDG-5506 dosing, NSAA increased by an average of 1.17 points compared to pre-therapy baseline. Remarkably, nine of the twelve participants showed either a functional improvement or exhibited no decline on NSAA relative to their baselines. The NSAA improvements observed after only 4 months of EDG-5506 dosing differ from trajectories observed in the natural history study reported by Bello et al. (2016)1, one of the most comprehensively characterized BMD cohorts, in which the yearly decline was 1.22 NSAA points. These observations were further corroborated by an independent study from van de Velde et al. (2021)2, which showed a decline of 2.5 NSAA points over 2 years.

The Company believes the 4-month ARCH study data with EDG-5506 provide further support that reducing contraction-induced damage in dystrophic muscle has the potential to preserve and improve muscle function while preventing disease progression in dystrophinopathies.

“Those with BMD have no approved options to treat their condition,” said Joanne Donovan, M.D., Ph.D., Chief Medical Officer of Edgewise. “We continue to be encouraged by EDG-5506’s safety profile and these interim 4-month data allow us to make some critical decisions on how to potentially accelerate our clinical programs in BMD and DMD.”

“We appreciate the individuals with BMD who are participating in the ARCH open label study,” added Kevin Koch, Ph.D., President and Chief Executive Officer of Edgewise. “These early NSAA results, along with the steep decline in biomarkers of muscle damage, are very encouraging and highlight EDG-5506’s potential to alter the course of the disease.”

Members of the Edgewise management team will hold a conference call and webcast on Monday, September 12, at 8:30 am ET to discuss the ARCH interim data. To participate, please dial 844-200-6205 (domestic) or 646-904-5544 (international) and refer to access code 413021. Visit the Edgewise events page to access the webcast, including replay and conference call slides.

About the ARCH Open Label Study

The ARCH open label study is evaluating EDG-5506 in 12 adult males with BMD. All those who participated in the Phase 1b first-in-human study of EDG-5506 enrolled in the ARCH study after at least a 3-month washout following their participation in the Phase 1b trial. The study is evaluating escalating doses of EDG-5506 administered daily over 12 months. Safety, pharmacokinetics (PK), changes in biomarkers of muscle damage such as CK and fast skeletal muscle troponin I, measures of function with NSAA and North Star Assessment for Limb Girdle Type Muscular Dystrophies (NSAD), time function tests and patient-reported outcomes, are being evaluated. Go to clinicaltrials.gov to learn more about this study (NCT05160415).

BMD is a serious, progressively debilitating, and potentially fatal inherited X-linked neuromuscular disorder. BMD results from mutation of the dystrophin gene yielding unstable and/or dysfunctional dystrophin expression in muscles. Individuals with BMD, typically males, have ongoing muscle fiber (myofiber) degeneration that eventually leads to fibrosis, progressive loss of skeletal muscle function, and that can lead to severe disability and early death. BMD typically presents with juvenile onset of muscle wasting and progressive symmetrical, proximal muscle weakness, calf hypertrophy, activity-induced muscle cramping and elevated creatine kinase activity. While the course of BMD is variable, it is unidirectional in terms of the inevitable progressive limb weakness resulting in severe disability. BMD is also associated with early mortality from cardiac disease. The incidence of BMD is approximately 1 in every 18,450 live male births. It is estimated that there are between 4,000 to 5,000 individuals with BMD in the U.S., with similar numbers of individuals living with BMD in the EU and UK. Despite the seriousness of the disease, for many with BMD, the disease remains one of considerable unmet medical need as there are no approved therapies in the U.S.

EDG-5506 is an orally administered small molecule designed to address muscle damage induced by mechanical stress in dystrophinopathies including DMD and BMD. EDG-5506 presents a novel mechanism of action designed to selectively limit the exaggerated muscle damage caused by the absence or loss of functional dystrophin. By impacting the progressive muscle damage that leads to functional impairment, EDG-5506 has the potential to benefit a broad range of patients suffering from debilitating rare neuromuscular disorders. It is anticipated to be used as a single agent therapy, but it may also provide a synergistic or additive effect in combination with available therapies and therapies currently in development. In August 2021, the U.S. Food and Drug Administration (FDA) granted Fast Track designation to EDG-5506 for the treatment of individuals with BMD.

The Company has completed a Phase 1 clinical trial of EDG-5506 designed to evaluate safety, tolerability, PK and pharmacodynamics of EDG-5506 in adult healthy volunteers (Phase 1a) and in adults with BMD (Phase 1b) (NCT04585464). In ARCH, a follow-on open-label, single-center trial (NCT05160415) assessing long-term safety and PK, decreases in biomarkers of muscle damage and improvements in NSAA have been demonstrated. CANYON, a Phase 2 trial (NCT05291091) is assessing safety, PK, biomarkers and functional measures in participants with BMD. Recently, the FDA authorized LYNX, a Phase 2 trial of EDG-5506 for the treatment of DMD that will assess safety, PK and biomarkers of muscle damage.

Edgewise Therapeutics is a clinical-stage biopharmaceutical company focused on the discovery, development, and commercialization of innovative treatments for severe, rare neuromuscular and cardiac disorders for which there is significant unmet medical need. Guided by its holistic drug discovery approach to targeting the muscle as an organ, Edgewise has combined its foundational expertise in muscle biology and small molecule engineering to build its proprietary, muscle-focused drug discovery platform. Edgewise’s platform utilizes custom-built high throughput and translatable systems that measure integrated muscle function in whole organ extracts to identify small molecule precision medicines regulating key proteins in muscle tissue. To learn more, go to: www.edgewisetx.com or follow us on LinkedIn, Twitter and Facebook.